Wednesday, we did a little souvenir shopping then at 11:30am took the Tram to buy ferry tickets 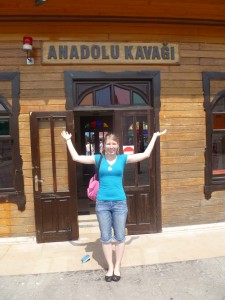 and had lunch (pretty good quesadillas 😉 . The ferry left at 1:30, went up the Bosphorus River, and dropped us off at 3pm in Asia (my first time in Asia!) at a little town called Anadolu Kavagi. We looked at some souvenir shops, then hiked up to the Byzantine Yoros Castle. I think Zina’s family almost died from the heat but we made it! On our hike up we saw a bunch of dogs & puppies 😀 and on the way down I bought some bread and meat for them ;). My bag of food is hanging on the fence… thus their interest. It was nice to have a few hours on the ferry where we could sit and be cool :). 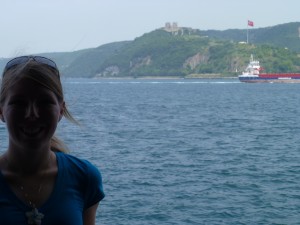 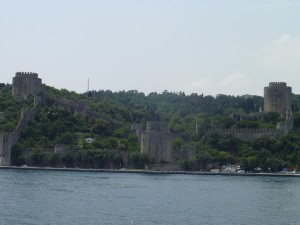 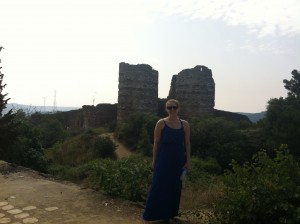 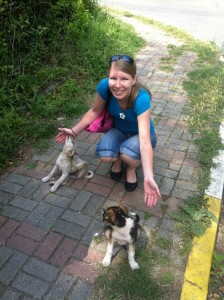 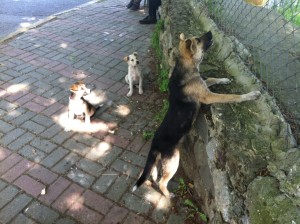 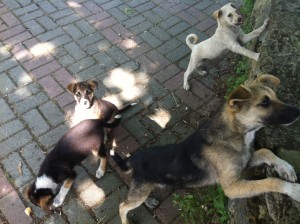 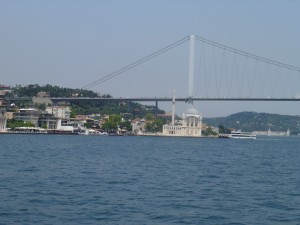 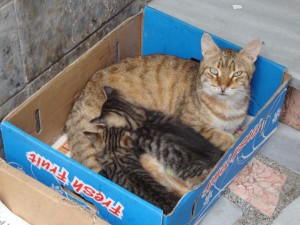 Besides dogs, we saw dolphins when we were on the ferry near the Black sea and we saw TONS of cats in Istanbul… really tons of cats…like one was always under your table when you ate at an outside restaurant lol. These kittens were in a box on the street by our apartment and the cat below was chasing a laser light a guy had :). 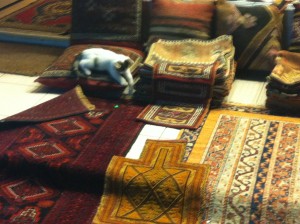 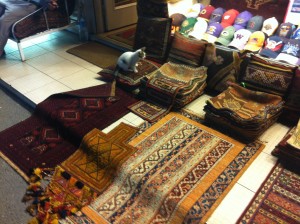 Then after the Ferry dropped us back off in Istanbul about 6:30pm, we had dinner and walked back to 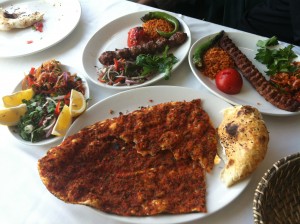 the apartment :). Zina’s mom had been wanting to try Kebabs that were ground meat like the ones below instead of meat on a stick. We also tried “pizza.” This restaurant was pretty good although I’m not so sure about lamb meat which was what we had there.

Overall I really liked Istanbul! It was beautiful and had tons of old buildings. We had a hard

Mini-pears… I thought they were really cute, but Zina’s mom said they have a tree at home in CA so I guess they aren’t that rare :).

time finding really good restaurants (sometimes it was a little too bland) but there were tons of little grocery stores with fruit and what not and lots of little stands with watermelon on a stick, fresh orange juice, and chocolate-filled croissants & bagels … which was really nice :).