March Madness 😀
Well, we don’t really follow any sports at our house, but the weather sure has been crazy this month! Snow day, then 65 degrees, another snow day, and then up to 70 degrees, and probably a bit of snow again tomorrow!

Monday, March 3rd was a snow day and Ben made us a sled :D! It worked great and was lots of fun! 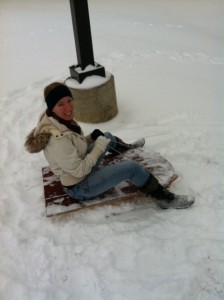 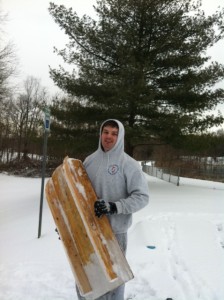 Saturday, March 15th was in the 60s and I had fun being outside and cleaned up the garden – I love daffodils! 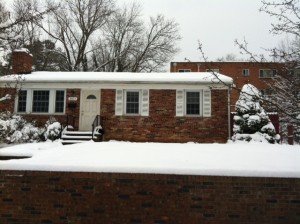 Then, Monday, March 17th was another snow day! And I tried to help the flowers out by shoveling the snow off of them. Idk if it helped but they seemed to survive lol.

Saturday, March 23 we hiked Billy Goat part A trail at Great Falls (~4 miles). It’s still pretty brown but was nice to be outside in the warm weather! 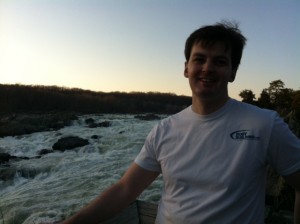 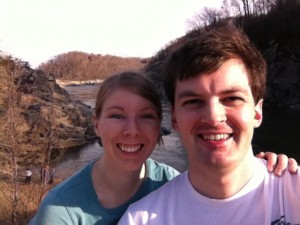 Anything else fun this month? Well I went to a Women of Faith event at my friend’s mosque, we played games with some friends, went to a TechCrunch event – about 15 start-ups gave presentations which was interesting to see, and we saw the Book of Mormon musical (that probably deserves it’s own post but I’ll summarize by saying it had good music and some good messages, but was definitely very offensive at times, and would be enjoyed more by those who like South Park and its type of humor… which since Ben is in that category we enjoyed it overall).