I survived & passed my first year of my econ PhD and Ben did awesome as his first year as a finance professor!  It was a busy semester — the first quarter Ben wasn’t teaching and traveled to DC to work at the Treasury quite a bit.

Then for spring break we went on a cruise w my sister Chelsey and brother-in-law Paul from New Orleans to Mexico.  We spent one night in New Orleans and tried some seafood and crawfish, then spent one day on the cruise ship, 2 days in Mexico and then another day on the ship. 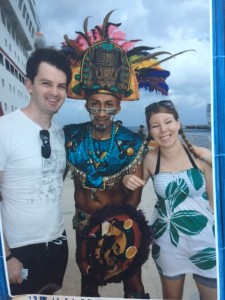 The first day in Mexico I accidentally mixed up the days and Ben&I missed our bus to Chichen Itza 🙁, luckily we were still able to see the Dzibilchaltun Mayan ruins instead. It was a warm day but it was fun taking a swim in the cenote and we got some paletas. 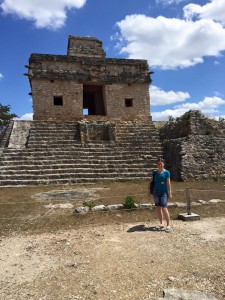 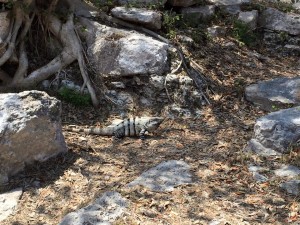 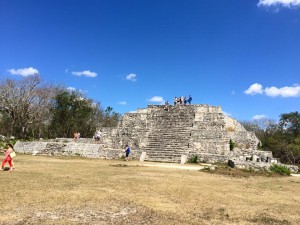 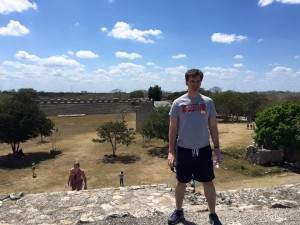 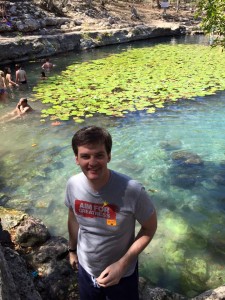 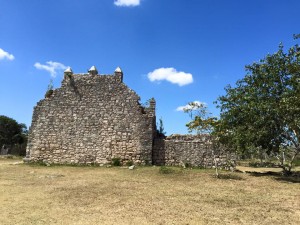 <This last one is a Spanish ruin. the Mayan buildings were built so they could see the sun thru the window of the building I’m next too above on the spring equinox and then the Spanish built this church in the middle of the plaza to block the view :(.

While we were exploring the ruins, Chelsey&Paul did a bus tour of the city.

And the second day in Mexico, all four of us went snorkeling which was fun :).

It was fun, although we probably ate more than was good for us :-/ and Ben said he needs more stay-cations lol.

Then we jumped into the second quarter.  Ben was busy teaching 2 sections of his bond market class but didn’t go to DC so much. He did travel to a few conferences and received an award for best dissertation at UMD so he was still using his suitcase a lot.  In April, Ben’s parents and youngest 2 siblings came to visit (bc another sibling had a field trip to Nashville) and sadly Ben was only here one day they were here (he was at a conference in DC lol). But it was fun to see them and try out Hattie B’s hot chicken (definitely recommend ordering ahead of time online to avoid the line) and going to the shooting range!

And my phd class kept up our dinner club. I hosted in February and did Mexican food :). I searched all over for tamales and finally found someone selling them out of the back of her car lol. And I made refried beans (for the first time somehow!), Spanish rice, grilled chipotle chicken & spicy shredded beef for fajitas, and red enchiladas. And of course Tres Leches cake and flan for dessert. I made tons of food and fit everyone into our condo! 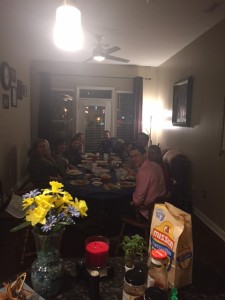 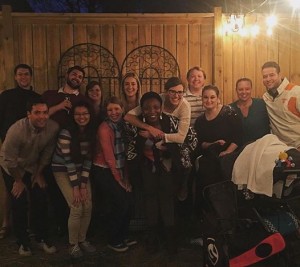 After finals ended, I had two big tests – macro & micro economics prelim exams which I studied lots for and stressed about even more lol. The first was on our 7 year anniversary; after the test Ben had some fun stuff planned for us — set up the dining table we got at the flea market a while back at our new house (most of our renters were moved out but we waited til my last test to move in), make & eat dinner, paint these cute wooden signs (like an M), and go watch the Avengers/Cap. America movie… but we only made it to dinner and were too tired for the rest lol. 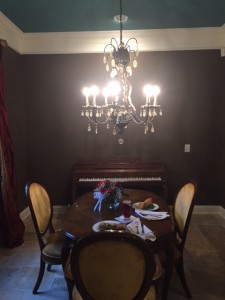 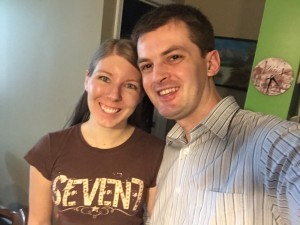 SEVEN Years!!! And the shirt gave me enough luck to pass the macro prelim that morning!

Then after my micro exam on May 26, we went home and packed and moved into our new house May 27! It was a busy but good semester!