So what’s up with us the last couple months?

As far as Ben’s job market adventure – he got a JOB :-D!!! It was a stressful endeavor but ended well! He went to the AFA conference, January 3-5, where he had 24 1st-round interviews, then he had some fly-outs for 2nd-round interviews (~5) in January. It was pretty stressful just waiting, but then he got a job offer from Vanderbilt University and the Federal Reserve Board on the same day! He was close to getting an offer from UoA (but looks like they might not have gotten funding for hiring a second person due to budget cuts (& already hired a senior person)), which bummed Teyanna out a bit to not be going back to AZ. But Vanderbilt is a really good fit for Ben’s research and we are excited to be moving to Nashville this summer! And Vanderbilt sent us goodies: 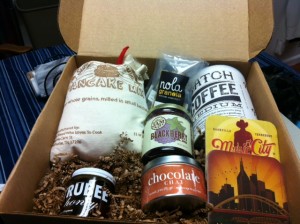 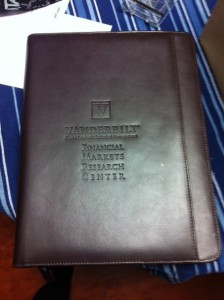 The next few months should be busy busy! We are going to Puerto Rico in March for a few days as a celebration trip, since we haven’t gone anywhere together too exciting for a couple years. Ben is graduating in May (for which family is coming to visit!), and he is busy getting ready to defend his dissertation in April and applying and going to conferences to present his paper and what not. My sister is coming to visit end of April and we should hang out with our local family and friends before we move :D!

Our renters are moving out at the end of May and we are hoping to sell our house by the end of July. Ben is moving to Nashville about June 15 and I think I will work until about July 24th and then join him (make my 3 year mark at work and hopefully our house will have sold by then!).

Anything else exciting in January and February?

For Valentine’s it was my turn to plan and we went to see a play (Rapture, Blister, Burn – it wasn’t our favorite but it gave some interesting discussion), went to PF Chang’s for dinner, and spent a night in VA… we were going to go to a Korean spa in the morning but chickened out and just went to the mall and stopped by Ben’s parents house instead lol. Ben’s family has 4 birthdays in 4 days in February (his parents and 2 siblings), so we went to PF Changs for dinner with his parents and some of the older siblings, which was fun. We were going to do laser tag with the younger kids, but the snow stopped us – we’ll have to some time in March hopefully! 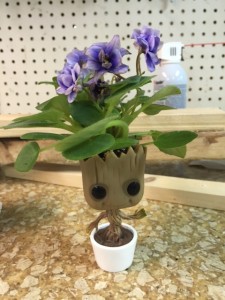 Ben gave me a baby Groot bobble head for Valentines =) lol. So cute!
We also finally got up to see my grandparents and aunts&uncles this last weekend, it was good to see them. We tried a new Mexican restaurant by their house & Ben was excited my Grandpop gave him lots of wood for his next woodworking project. And my grandparent’s dog & cat loved Ben lol. 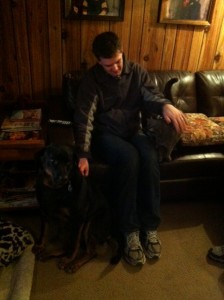 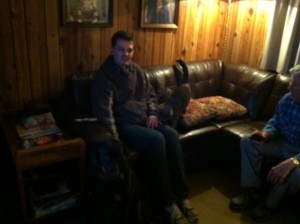 However once again the snow/ice cut the visit a little short… it was still pretty scary getting up a couple hills (and sliding back down one) but once we were on the freeway we were good. The winter isn’t bad here until January, but the last 3 wks church has been canceled and we keep getting snow & ice, which is a bummer when snow ruins a weekend instead of giving us a day off work lol.

Well I hope everyone is having a good winter, but I’m excited for spring! Can’t wait for the daffodils! 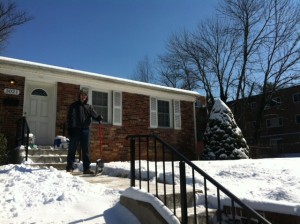