Neither OFR nor the Federal Reserve affected by the government shutdown as they are self-funded, so we still worked a lot but had lots of fun weekends!

September was a month of lots of fun BBQs and get-togethers! We had 2 BBQs at our house Labor Day weekend – one with church friends and one with a few work friends – lots of good burgers thanks to Ben and some fun games! We also had a BBQ at our house with Ben’s family — it was fun to see Jared who was in town for the weekend! We went to a BBQ for my work where it poured all night… luckily they had a decent sized house and we and someone else brought a canopy tent. We also spent a night at my Grandparents and had a BBQ with one of Ben’s missionary companions who lives up by them. He enjoyed the reminiscing I think ;). One of our friends had 60’s themed birthday party – it was lots of fun to see everyone dressed up. 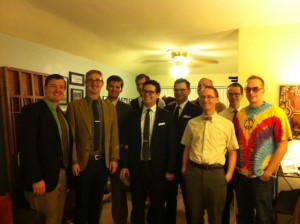 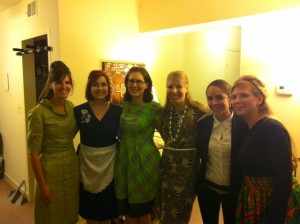 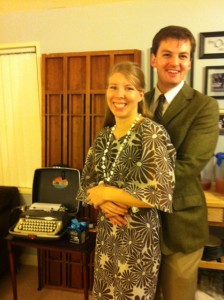 We also did the College Park Cares 5k with a couple friends – our team name was “we are totally going to IHOP after this” lol. We had lots of fun but our times were one minute slower than last year :-/.  Ben had an excuse of a bad cold, even though he still beat me.

We also had a visit from Teyanna’s cousin Afton, her husband Sean, and their 15 month old Michael! We were so excited to have visitors! Their plane was a bit delayed, but they finally arrived Thursday night. They tried touring all of DC the next day, but Michael wasn’t having it. So they went home for a nap. We got to share our favorite food – Spice 6 (chipotle styled Indian food), and then we drove around the monuments in the late evening. Even with a couple bonks to Michael’s head, we survived the first day lol. The next day we took a bit slower and went to Mt Vernon for a few hours and had a BBQ at our house. Sunday Sean went home, while Afton, Michael & Teyanna went to church and then up to Teyanna’s Grandparents’ farm in MD. Michael loved their dog and having lots of space to run around … and they even had a few toys :D! Monday we went for a hike in the woods at my Grandparents and then drove home & got pizza. Tuesday we went to the zoo and Wednesday Afton & Michael went home. Teyanna learned that toddlers are a lot happier if they get lots of sleep and have a bit more space with some toys ;-). It was great having friends visit! 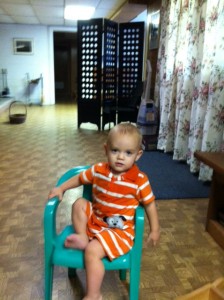 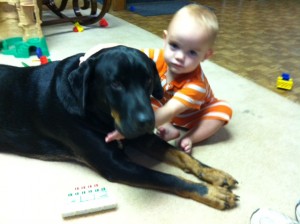 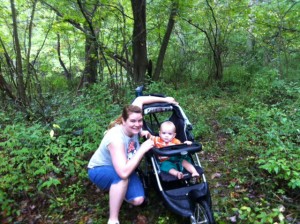 In October, Teyanna’s Dad and sister, Chelsey, visited during Columbus Day weekend which was lots of fun! She got to show off her work and let them try Spice 6  and then hang with the Schollian extended family. 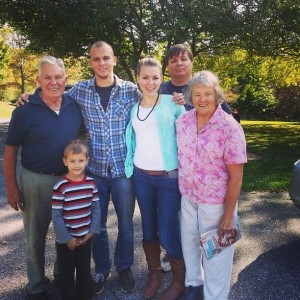 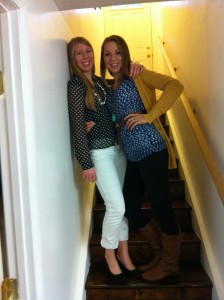 Another weekend, we went to a protest against mass surveillance and the Natural History Museum with our friends. Teyanna thought the rocks/gems were really pretty. For Halloween, we saw Monster’s University at UMD – it was very cute!

At the beginning of October, at the recommendation of his professors, Ben decided to wait to go on the job market fall 2014 and graduate in May 2015 instead of going on the job market this year and graduating May 2014. He has a good theory paper but he just got data for two empirical papers, and if he can have two empirical papers and a theory paper he will be a much stronger candidate on the job market. For academic/professor positions, you kind of get one shot. In finance you generally get 2 job offers if you are lucky and after that it is pretty much impossible to transfer to a higher ranked university. So we figure he might as well do his best so we can have more options later on. Plus we love Maryland and Teyanna will probably keep working at her job at the Federal Reserve.