Wow, June isn’t even over yet, but it has been a busy & fun month!

June 1st was Teyanna’s 24th birthday :D. Ben’s brother & sister-in-law (Matt & Christina) & their two girls were also visiting that weekend. So Saturday June 1st, we went to the Air & Space Museum in VA with Matt, his two girls, Ben’s mom, & two of his sisters. It was huge and had TONS of airplanes (& 7s ;). I haven’t been to the one in DC for a while, but I think I liked this one better because it was so open & wasn’t so crowded. Afterwards we had a BBQ at Ben’s parents house in VA, played games, & Teyanna made a Tres Leches cake. Teyanna got some fun games from the Munyans and her cousin, Afton, a huge puzzle from Ben that we are slowly working on, and lots of other little fun stuff! The following Monday, Ben “proposed” his dissertation and passed with flying colors! He is very relieved to have that step done with. 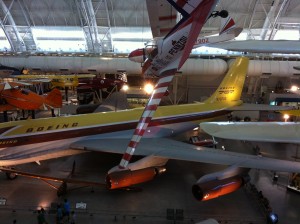 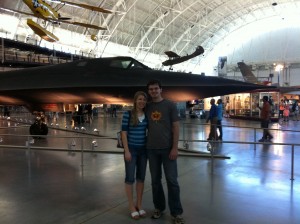 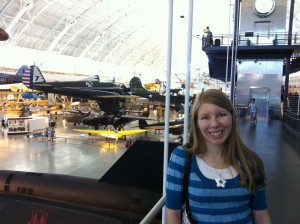 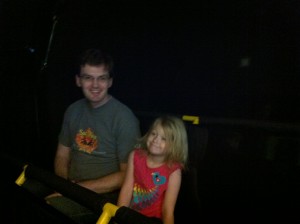 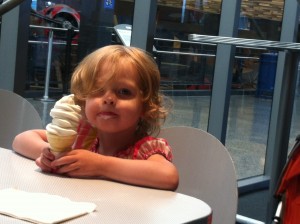 On Friday, June 7th, we drove 9 hours to Oak Ridge, TN to see Ben’s sister, Karen, compete in a national rowing championship. On the way, we stopped at the VA Natural Bridge & a butterfly house which was very cool! Ben’s parents and youngest 6 siblings were there and it was very fun. We stayed at an great condo and had fun swimming, making pancakes, & watching Karen race (who’s team did great!), and then drove home Sunday afternoon. 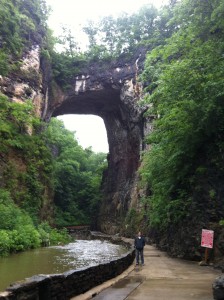 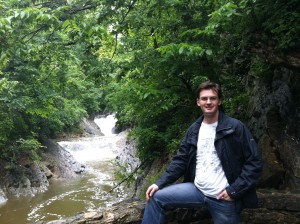 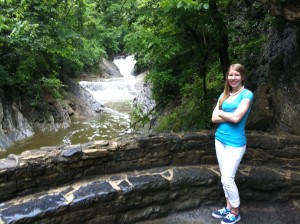 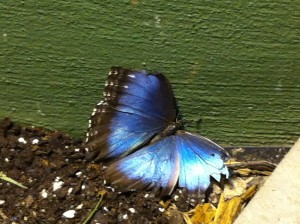 Early Thursday, June 13th, we flew to San Jose, CA. Ben’s brother & sister, Jared & Andrea, work at Google and they showed us around – it looks like an awesome place to work (see cool google bikes below). We then had pizza at Jared & Jill’s apartment – their kids are so cute! 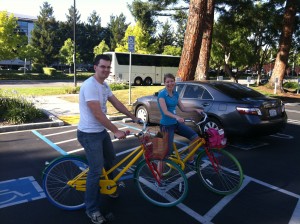 Friday morning we drove up to San Francisco, where Ben’s college friend served us an awesome breakfast and gave us lots of sightseeing tips for the afternoon. I had been to San Fran in high school, but it was Ben’s first time. We took a trolley, drove by the wharf, stopped at the Palace of Fine Arts (saw a swan family :), & saw the Golden Gate Bridge. We heard the Academy of Sciences was great, but it was a bit expensive for our short time there since we wanted to get out of San Fran by 2/3 to head to Lake Tahoe. Even with leaving early, our 3.5 hour drive took about 6 hours, but we made it to Tahoe in time to enjoy the hot tub and get some groceries! 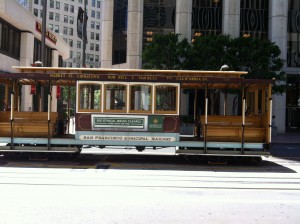 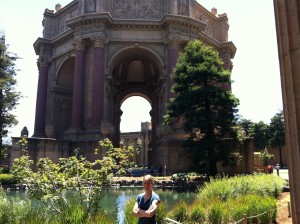 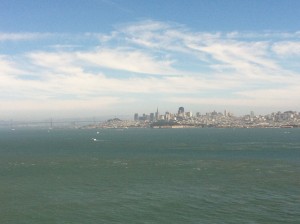 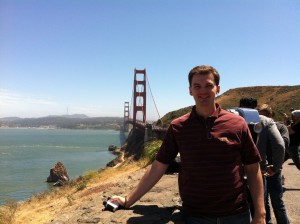 Saturday we hiked about 8 miles, toured Vikingsholm – a huge Nordic style home built in the 1920s, and kayaked. It was gorgeous to see the least. We didn’t see a whole lot of wildlife, but did see wild ducks & ducklings and 2 bald eagles. Sunday we rented bikes for about 5 hours, stopped for some huge ice-cream cones, and took a much needed nap :). Monday morning I flew home out of Reno; Ben stayed at Lake Tahoe until Thursday for the Western Finance Conference, then drove back to San Jose, saw Jared&Jill a bit that evening, and flew back Friday, June 21. 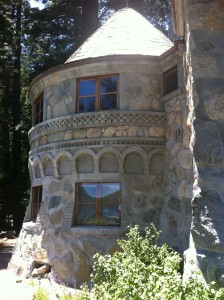 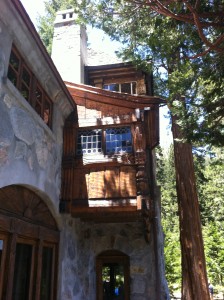 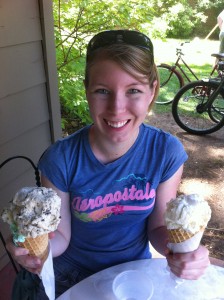 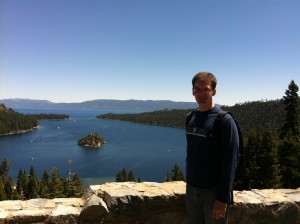 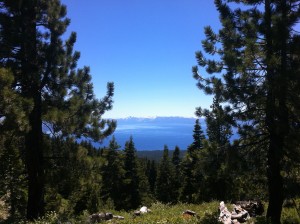 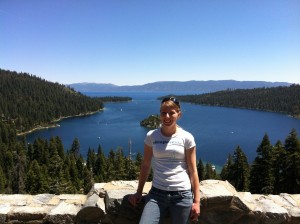 Saturday, June 22 we had a fun BBQ & game night at our house with Teyanna’s friends from work from about 6-midgnight. We were asked to give a church talks 2 days earlier, which we didn’t start preparing until after the BBQ … but I think they turned out okay, and we had a great Sunday nap after church :). 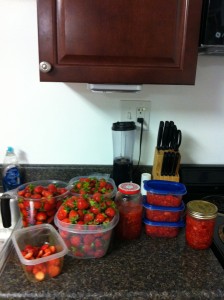 Teyanna has also been making lots of freezer jelly from the strawberries in our garden – this is about the 1st of 4-5 batches!

PS A little adventure from May – we found a stray cat & her two 5-week old kittens living behind our shed. We trapped the mom, spayed her, & let her go. We kept the kittens for a few days (there were quite friendly after a day) and found a home for them. There is a cute video of them here: 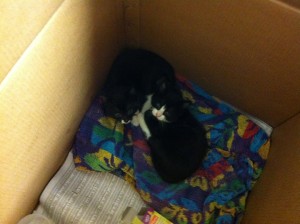 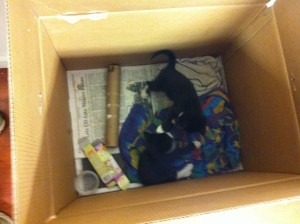